Accommodative Infacility -elevator problem for under 40! 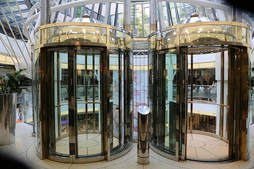 Elevator Problem for those under 40 (including kids!) - accommodative infacility.

I keep straining my eyes to read and the print comes in and out of focus. You then tell me I have an elevator problem! 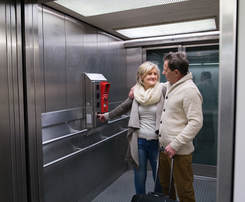 An elevator problem if it’s fuzzy up close?

Elevator problem, you ask! What’s that? Hopefully it will give you a better idea of the problem than given by most scientific explanations for the condition! 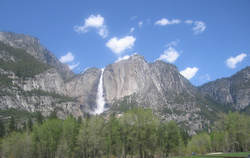 The Elevator Problem   If you first look at the Sierra Moutains then look close to read a book the power in your eyes increases. It takes more lens power for a camera to take a close up picture. 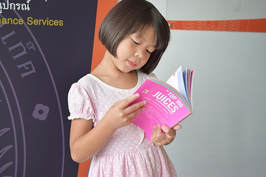 The same is true for your eyes. When you look up close to read a book, your eye power has to increase. If you compare this to an elevator, changing your power to read would be like the power it takes an elevator to go up four floors.

Children 12 and under have the eye power of at least a twelve story building. We slowly lose parts of a floor each year but don’t notice it because we only need four floors to read.

It is not until the 40's that we are then down to three stories. Then we need an elevator booster to get to the 4th floor so we can do desk and digital work...

Yes, the elevator booster is a pair of glasses for reading. They call the vision condition that brings the fuzzy vision up close presbyopia. 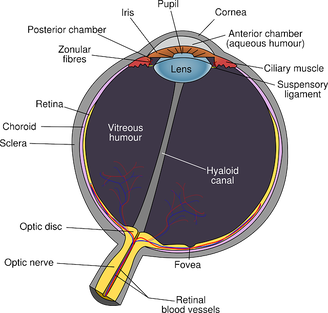 Okay I got the elevator idea but what happens in the eye?
The eye has two optical lenses, one you can see the other you can’t. The first on is the clear outer coating of your eye and is called the cornea.  It has about 85% of the total power of the eye. There is another optical lens inside the eye behind the iris(the colored part of your eye).

The inside lens can change its power when we look up close to read or view a digital device. That‘s the elevator in our example. It is called the lens. Yes to call this the lens is confusing, but I did not make the name. I would have called it the magnifier. Starting at 12, the lens loses its flexibility to increase in power. By the 40's you note the lack of power and then need near vision glasses to give your eyes the power to focus up close. It continues to change until 55, so the reading glasses need to be more powerful year after year.. 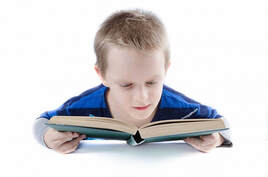 But I am under my forties why do I have an elevator problem? Yes, we found this difficulty in you, but it is not called presbyopia because you are under your 40's. It’s technical name is accommodative infacility. Your eyes are under so much strain that the lens inside your eye got exhausted so you must use extreme effort to get it to focus up close.  You can focus up close, but it requires too much effort. Often you will hold the material closer to your eyes to stimulate the focus. Usually it is caused from prolonged close work under stress. 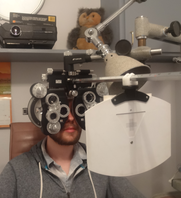 Why do doctors ignore this problem in kids?
The confusion comes from many eye docs and scientists at the turn of the century that relied on old fashioned notions. Since the vast majority of the population didn’t need near vision glasses until the 40's, they assumed those younger than forty didn’t need reading glasses. That was essentially true until post World War II when education became a part of the economic boom. Much more emphasis was placed on education, and more reading took place.  However, the old notions remained; and most docs just did not bother testing near vision until people reached their 40's. 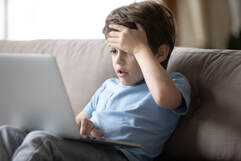 ​Yet, developmental optometrists who were concerned about our youth in school, did test at near vision. Although the number is not large, a significant number of kids do have trouble focusing up close. 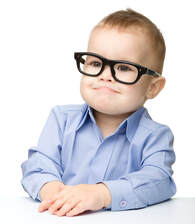 How is my elevator problem Treated?
The treatment is simple: provide carefully prescribe low powered reading glasses to eliminate the eyestrain and provide clarity. If you are already wearing glasses, you can use two pairs, one for far and the other for near. Most people find a bifocal more convenient. We call this treatment lens therapy.. 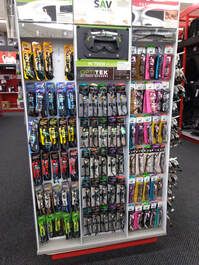 What about over the Counter (OTC) Glasses?
OTC glasses create more problems than they solve.
1. The lowest power OTC available is too strong for lens therapy and would most likely make your condition worse. That reason alone is enough to stay away from OTC glasses, but there is one more.
2. OTC’s are typically poorly manufactured and induce prism that forces one of your eyes to look higher than the other. The frames can’t be adjusted and thereby uncomfortable.

A Final Word
For those of you who value your eyes and comfortable efficient vision, give our office a call and discover the vision excellence available for you.

Download File
The Elevator Problem for Kids. video -: accommodative infacility
Yes children can have difficulty focusing their eyes at the reading distance. You need to test them to find this out. If you don't test, you won't find it. The technical name of the condition is accommodative insufficiency. With that mouthful, I think you can see why I prefer to nickname these conditions for better understanding.