The Ritalin Myth ... and others

Research Says: Ritalin Gone Wrong  by L. Alan Sroufe
http://www.nytimes.com/2012/01/29/opinion/sunday/childrens-add-drugs-dont-work-long-term.[Excerpt]
Sadly, few physicians and parents seem to be aware of what we have been learning about the lack of effectiveness of these drugs. What gets publicized are short-term results and studies on brain differences among children. Indeed, there are a number of incontrovertible facts that seem at first glance to support medication. It is because of this partial foundation in reality that the problem with the current approach to treating children has been so difficult to see. Back in the 1960s I, like most psychologists, believed that children with difficulty concentrating were suffering from a brain problem of genetic or otherwise inborn origin. Just as Type I diabetics need insulin to correct problems with their inborn biochemistry, these children were believed to require attention-deficit drugs to correct theirs. It turns out, however, that there is little to no evidence to support this theory.
In 1973, I reviewed the literature on drug treatment of children for The New England Journal of Medicine. Dozens of well-controlled studies showed that these drugs immediately improved children's performance on repetitive tasks requiring concentration and diligence. I had conducted one of these studies myself. Teachers and parents also reported improved behavior in almost every short-term study. This spurred an increase in drug treatment and led many to conclude that the "brain deficit" hypothesis had been confirmed. But questions continued to be raised, especially concerning the drugs' mechanism of action and the durability of effects. Ritalin and Adderall, a combination of dextroamphetamine and amphetamine, are stimulants. So why do they appear to calm children down? Some experts argued that because the brains of children with attention problems were different, the drugs had a mysterious paradoxical effect on them.
However, there really was no paradox. Versions of these drugs had been given to World War II radar operators to help them stay awake and focus on boring, repetitive tasks. And when we reviewed the literature on attention-deficit drugs again in 1990 we found that all children, whether they had attention problems or not, responded to stimulant drugs the same way. Moreover, while the drugs helped children settle down in class, they actually increased activity in the playground. Stimulants generally have the same effects for all children and adults. They enhance the ability to concentrate, especially on tasks that are not inherently interesting or when one is fatigued or bored, but they don't improve broader learning abilities.
And just as in the many dieters who have used and abandoned similar drugs to lose weight, the effects of stimulants on children with attention problems fade after prolonged use. Some experts have argued that children with A.D.D. wouldn't develop such tolerance because their brains were somehow different. But in fact, the loss of appetite and sleeplessness in children first prescribed attention-deficit drugs do fade, and, as we now know, so do the effects on behavior. They apparently develop a tolerance to the drug, and thus its efficacy disappears. Many parents who take their children off the drugs find that behavior worsens, which most likely confirms their belief that the drugs work. But the behavior worsens because the children's bodies have become adapted to the drug. Adults may have similar reactions if they suddenly cut back on coffee, or stop smoking.

To date, no study has found any long-term benefit of attention-deficit medication on academic performance, peer relationships or behavior problems, the very things we would most want to improve. Until recently, most studies of these drugs had not been properly randomized, and some of them had other methodological flaws.
But in 2009, findings were published from a well-controlled study that had been going on for more than a decade, and the results were very clear. The study randomly assigned almost 600 children with attention problems to four treatment conditions. Some received medication alone, some cognitive-behavior therapy alone, some medication plus therapy, and some were in a community-care control group that received no systematic treatment. At first this study suggested that medication, or medication plus therapy, produced the best results. However, after three years, these effects had faded, and by eight years there was no evidence that medication produced any academic or behavioral benefits. 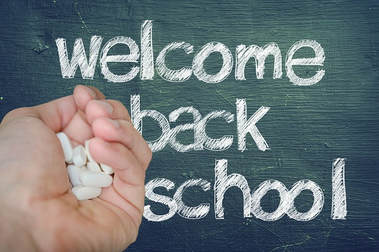 Three million children in this country take drugs for problems in focusing. Toward the end of last year, many of their parents were deeply alarmed because there was a shortage of drugs like Ritalin and Adderall that they considered absolutely essential to their children's functioning. But are these drugs really helping children? Should we really keep expanding the number of prescriptions filled? In 30 years there has been a twenty fold increase in the consumption of drugs for attention-deficit disorder. As a psychologist who has been studying the development of troubled children for more than 40 years, I believe we should be asking why we rely so heavily on these drugs. Attention-deficit drugs increase concentration in the short term, which is why they work so well for college students cramming for exams. But when given to children over long periods of time, they neither improve school achievement nor reduce behavior problems. The drugs can also have serious side effects, including stunting growth. 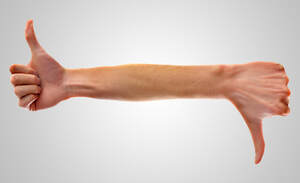 Another hopefully simpler explanation of the paradoxical effect of amphetamine drugs on kids.

I copied the above article from the New York Times and had to display it in entirety and could not add or subtract from it.  Therefore, I've enclosed this information to hopefully add to the explanation of the paradoxical effect. The paradox is the drug seems to do just the opposite of which the drug was originally intended to do.

Many talk about the paradoxical effect of psychotropic drugs for treating ADD. The amphetamines normally stimulate activity and keep you awake and functioning rather than slow you down and relax. Yet, these drugs seem to slow kids down. Hence, the paradox, just the opposite happens.

Let’s take a closer look and see there is no paradoxical effect.  These drugs do exactly the same thing to kids thought to have  ADD that they do to truck drivers keeping awake on long hauls -they stimulate. But what do they stimulate? That’s right, they stimulate brain activity just as intended. The high activity low concentration kid's  motor movements are over stimulated. Thus, when the brain activity is over stimulated with amphetamines the the brain waves  then match the motor activity. The now sped up brain waves equal the motor waves so they can work together. Then the drug appears to enhance concentration and coordination.

You’re overstimulating your child, just the same as truck drivers are over stimulated. Then the child eventually gets tired. Most note fatigue around 4PM.The same side effects up to addiction and suicide take effect also.

We realize ADD treatment with these psychotropic drugs is very controversial. This article merely points out the effect is not paradoxical. We treat many with visually related learning problems often masked as ADD. However, when treating we help kids whether they are on the drugs or not, and we get results. All our treatments are non-invasive, but we still work with other professionals who choose other methods.